Members of Una Voce Scotland can, once again, be extremely proud of their level of success in the realm of promoting the traditional liturgy. On Saturday, the 14th of September we were successful in arranging a second Pontifical High Mass celebrated by His Eminence, Raymond Leo Cardinal Burke in the parish of The Immaculate Heart of Mary, Glasgow.

The reason for arranging the Mass on that date was that it was the feast of the Exaltation of the Holy Cross and the twelfth anniversary of the coming into law of Pope Benedict’s Motu Proprio, Summorum Pontificum which released The Traditional Rite from all the restrictions to which it had so unjustly and falsely been subjected. No doubt that Pope Benedict XVI will have chosen the date with intention: the feast of the Exaltation of the Holy Cross was instituted as a result of the rediscovery of the True Cross by St Helena. This treasure, once lost, was returned to the Church, much like the Latin Mass. We are only too happy to acknowledge and support this connection in our choice of date.

We must be extremely grateful to Fr. Mark Morris for his permission to use Immaculate Heart of Mary Church and to his parishioners who so readily welcomed us to the parish as they always do. We must also extend our gratitude to Archbishop Tartaglia for his hospitality to The Cardinal and for once again loaning us the crozier of Archbishop Eyre for use on the occasion.

The Mass itself represented the triumph of the manifestation of the beauty of the traditional liturgy in its most magnificent form, the Pontifical High Mass. The church was full to capacity, with four hundred members of the faithful present. This was indeed a very edifying sight. The music was conducted by Una Voce’s Director of Music, Fraser Pearce, and consisted of the Church’s ancient chants and polyphony of the highest quality. The serving was ably organised by both John Inglis of Edinburgh and Thomas Thomson of Glasgow. The Cardinal’s words were extensively reported in The Scottish Catholic Observer. Many members of the clergy participated in the Mass. They included clergy from the Archdioceses of Edinburgh and Glasgow, the Dioceses of Motherwell and Dunkeld and from Australia. Others attended in choro, including clergy and seminarians for Scottish dioceses and priests from the North of England. Good news travels fast- and FAR! You can find coverage of the Mass on:

New Liturgical Movement – Tradition Is For The Young (18)
http://www.newliturgicalmovement.org/2019/09/tradition-is-for-young…

As usual, Mr. Vincent Macdonald will produce a DVD which will be available soon, both on Una Voce’s website and on individual copies. You can view the video of the Pontifical High Mass here:

Meanwhile Mr Matthew Lukowski, the photographer for the event, has already released the photographs for the day, which can be viewed here:


Many thanks to Mr Vincent Macdonald and Mr Matthew Lukowski for their service on the day.

Our thanks are due to Fr. de Malleray and the community at Warrington who loaned us the canopy for the throne for the Cardinal. This confirms the close links already established between Una Voce Scotland and the Warrington community and through that to the wider Fraternity of St. Peter apostolate.  We are also glad to record that the weekend of the Cardinal’s Mass was arranged in conjunction with our sister organisation, The Latin Mass Society of England and Wales, who arranged for the Cardinal to celebrate Mass on London on Monday, the 16th of September.

Fr Stephen Dunn celebrated a Sung Mass on the occasion of his Silver Jubilee at Holy Cross Parish church in Crosshill, where he was ordained 25 years ago. See the photos and video below. 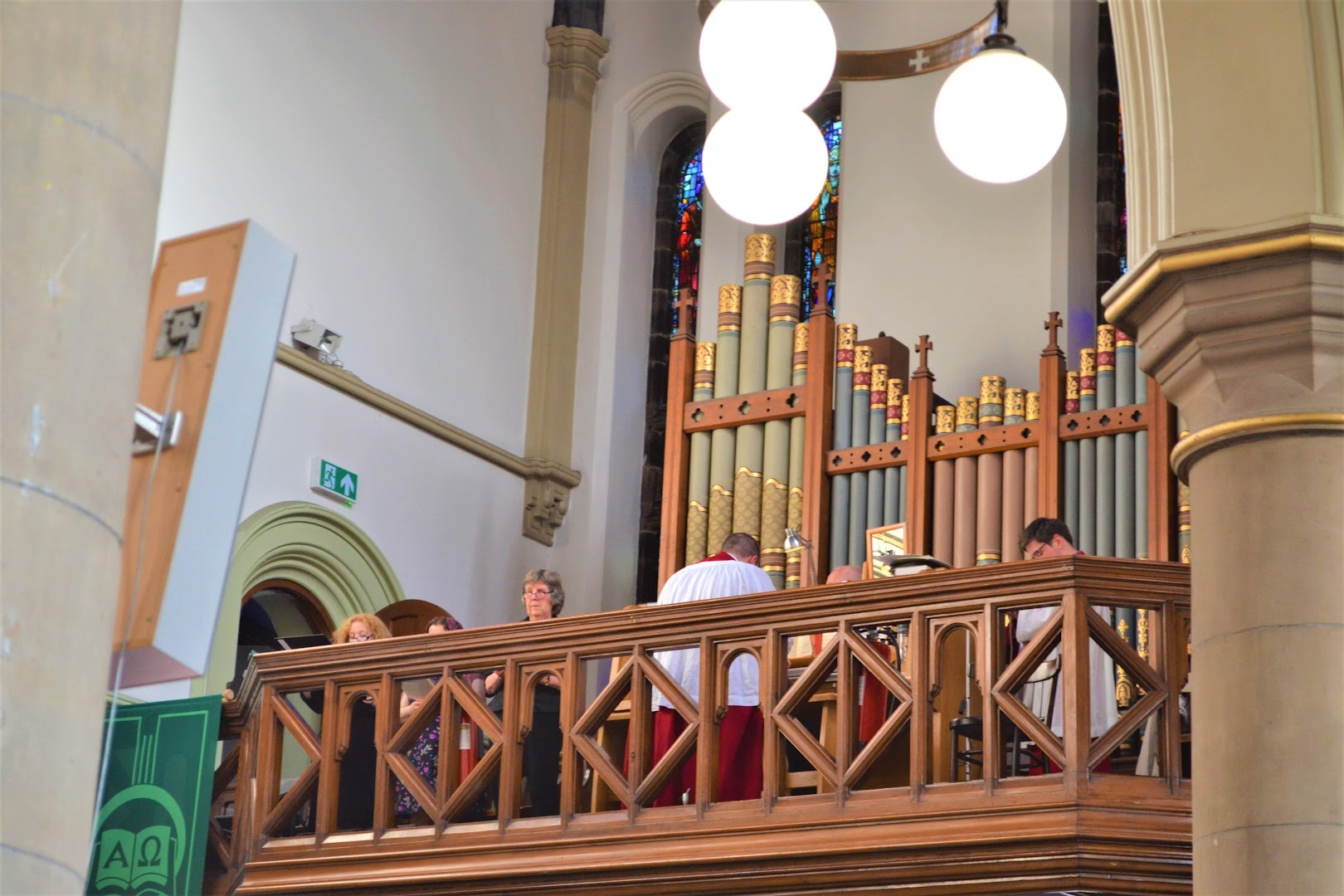 The September Newsletter is out today!

A significant number of people have so far failed to respond to the email list confirmation that was sent ouit on 25th May. If you have not received the latest email and would like to remain on the list for emails and the Newsletter – Please send an email confirming this uvs@unavoce-scotland.uk

Like Loading...
We received this email for St. Andrew’s Day:
Dear Fred and the rest of Una Voce Scotland,

We wish you a blessed patron day for Scotland!

We always remember you in our prayers

Also, Tomorrow evening there is a Pro Life prayer vigil in communion with the French Pro Life movement at The Immaculate Heart of Mary, Balornock:
Please join us in person or spiritually tomorrow evening at 7pm (Saturday 2nd December) as we host a Pro-Life vigil of prayer(rosary & benediction). The vigil of prayer is organised by Julienne Thurrott and will take place at the same time as many such prayer vigils across France for the same cause.

Yours in the Immaculate Heart of Mary,